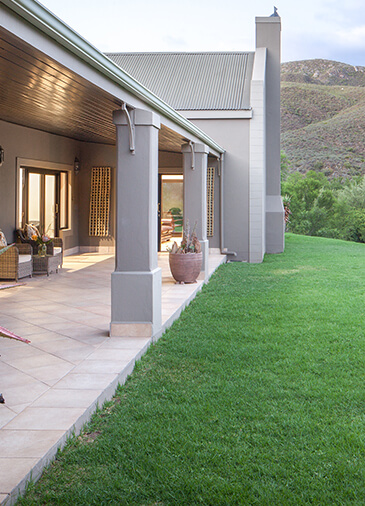 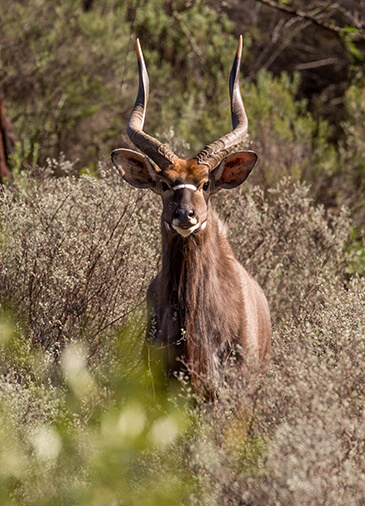 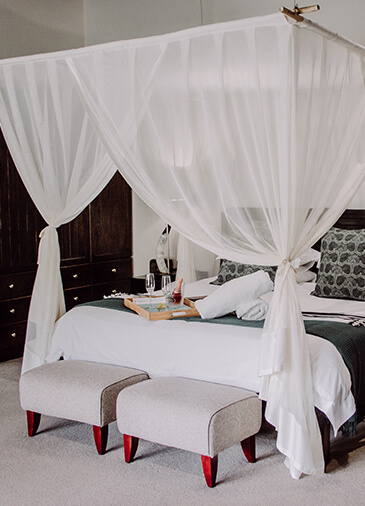 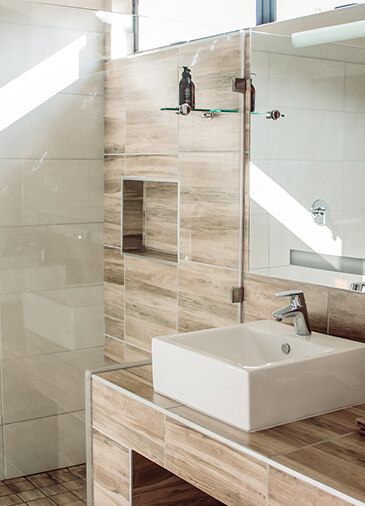 Our exclusive luxury Western Cape lodge offers 8 luxurious bedrooms all en-suite & air-conditioned with stunning views of the mountain and river in Oudtshoorn. One Private Presidential Suite has a king size bed and a private lounge with inside fireplace and private veranda overlooking the mountains and river.

All bedrooms in our Oudtshoorn Game Reserve are provided with bed linen, towels, toiletries (i.e. toilet paper, hand wash, shampoo and shower gel) and coffee/tea facilities. A laundry facility is provided at the guests disposal. The double sided fireplace situated in the middle of the spacious lounge invites guests to enjoy time spent with friends and family.

The indoor dining area has a wood braai, yellowwood bar with undercounter fridges and ice machine. The wood fired pizza oven is situated outdoors and undercover. A magnificent boma is nestled between the poplar trees (wood and firelighters are provided for the braai, fireplace, pizza oven and boma). Our Swartberg Nature Reserve Lodge is equipped with all of the above and free WiFi. No children allowed under 10 years (Exceptions can be made for big groups & special occasions. Please contact us directly.)

Our luxurious deluxe rooms are situated in the Oudtshoorn area of the Western Cape offer either a king bed / or twin beds. Stunning views of the river and mountains. Bath tubs or showers. Bed linen, towels, toiletries provided. Some rooms are equipped with air conditioning, fans and warm blankets. Coffee tea facilities in each room. Laundry facilities is provided.

A tranquil escape to the Klein Karoo in pure luxury.

Perfect family villa that sleeps 6, a mere 100 meters from the main lodge. Guests can also enjoy breakfast and dinner at the restaurant (walking distance) at an additional cost.

About the Wildehondekloof Oudtshoorn Game Reserve

Wildehondekloof Western Cape Lodge was bought in 1996 as a barren farm without any fencing, roads or infrastructure. The construction of the facilities and managers quarters commenced in 2002 and simultaneously the idea of constructing the lodge utilizing the existing building was born. During construction of this Oudtshoorn lodge it became clear that the current building would not suffice and the planning of the current Oudtshoorn Wildehondekloof Lodge started, which resulted in the magnificent 9 luxurious en –suites rooms. The lodge became a landmark with nature lovers, both from South Africa and abroad. 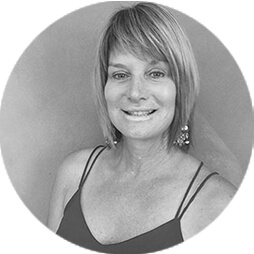 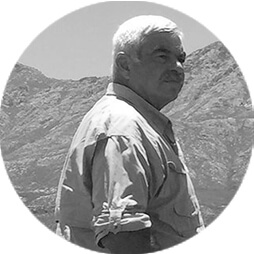 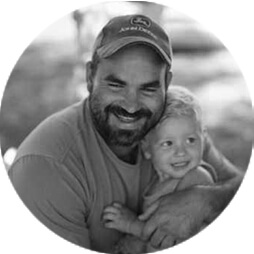 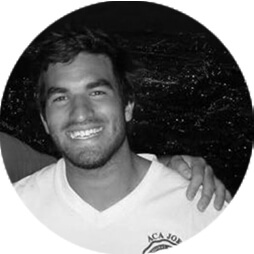 If you want peace and tranquility this is the peace to be.. excellent service.. thank you for a wonderful weekend.

The perfect place to unwind, recharge and to remember what life is all about. Peaceful and quiet.

Simply beautiful, wilderness at its best,great friendly staff, super rooms and the scenery it’s just on another level.

If peace and tranquility is your choice of a get away-this would be it. Friendly staff, cosy accommodation.

Please complete the following contact form and we’ll get back to you as soon as possible. Alternatively you can contact us via email or by phone below. 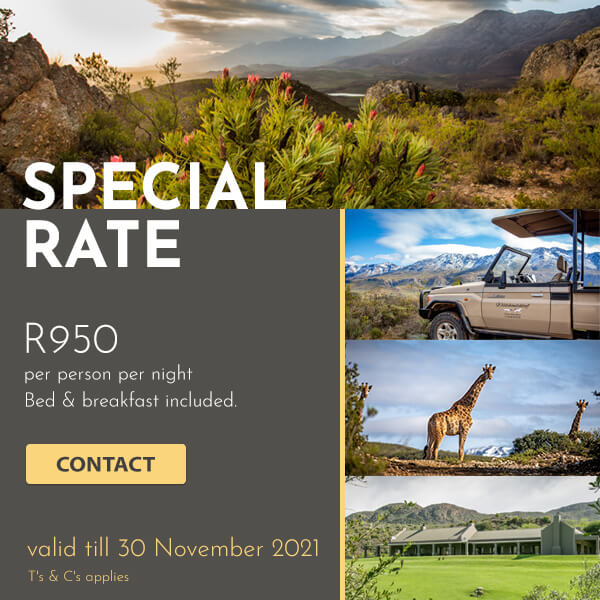